TOKYO--(뉴스와이어) 2019년 06월 12일 -- Toshiba Electronic Devices & Storage Corporation (“Toshiba”) today announced that its Visconti™4 image recognition processor was a key component in the driver assistance systems of the Toyota Motor Corporation (“Toyota”) vehicles that recorded industry-leading scores in the 2018 Japan New Car Assessment Program (JNCAP), the government program that assesses the road safety of new vehicles. The Toyota Alphard/Vellfire was declared the winner of the Grand Prix Award for preventive safety performance, and the Toyota Crown and Corolla Sport were both evaluated as ASV[1]+++, the highest level for advanced safety vehicles.

Advances in driver assistance systems are bringing autonomous vehicles ever closer, but also raising concerns for ensuring safe roads and reducing traffic accidents. Toshiba is contributing to a future of safe vehicles by channeling its know-how in deep neural networks and sensor and imaging technologies into the Visconti™ series of image processor LSIs for advanced driver assistance systems (ADAS).

JNCAP was initiated by the Japanese government in 1995 to promote the safety of new cars launched in Japan by domestic and overseas makers. The program brings together results of vehicle safety tests carried out by the Ministry of Land, Infrastructure, Transport and Tourism (MLIT), and the National Agency for Automotive Safety and Victims' Aid (NASVA). Tests cover preventive safety performance, collision safety performance, and pedestrian protection performance. The Preventive Safety Performance Assessment evaluates advanced safety technologies such as damage mitigation braking.

Toshiba supplies Visconti™4 to the Toyota vehicles as an integral part of DENSO Corporation’s Front-Camera-Based Active Safety System. The LSI’s ability to process luminance differences between objects and their backgrounds, realizing better detection of pedestrians at night and in low light conditions, helped the Toyota vehicles win high scores in assessment of collision avoidance braking for pedestrians. The Alphard/Vellfire integrating the system received a high score of 126 points and took the Grand Prix Award for preventive safety performance assessment, and all of the Toyota models integrating Visconti™4 were evaluated as ASV+++.

Toshiba continues to channel resources into Visconti™, and into other innovative automotive devices that will contribute to ADAS. The company is now developing Visconti™5, which will deliver advanced Deep Neural Network IP, and expects to start sample shipments in September this year.

* Visconti™ is a trademark of Toshiba Electronic Devices & Storage Corporation.
* All other company names, product names and service names may be trademarks of their respective companies.

Toshiba Electronic Devices & Storage Corporation combines the vigor of a new company with the wisdom of experience. Since becoming an independent company in July 2017, we have taken our place among the leading general devices companies, and offer our customers and business partners outstanding solutions in discrete semiconductors, system LSIs and HDD.

Our 22,000 employees around the world share a determination to maximize the value of our products, and emphasize close collaboration with customers to promote co-creation of value and new markets. We look forward to building on annual sales now surpassing 800-billion yen (US$7 billion) and to contributing to a better future for people everywhere.
Find out more about us at https://toshiba.semicon-storage.com/ap-en/top.html 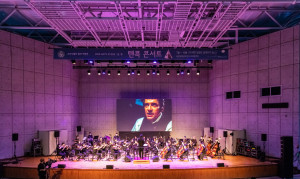